As promised, Entertainment Weekly has released a (maddeningly short!) sneak peek at the final book in the Divergent trilogy, Allegiant.

Check it out below, Initiates: 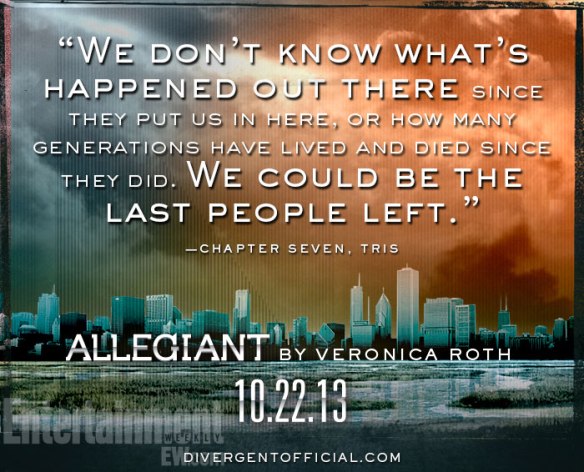 Pretty sure Tris is talking about life outside Chicago. Do you guys think we’re going to leave the city’s borders in the last book? There is the airport on the cover after all!