Twitter: @aprilfaithspice
Position: Site Owner/Admin
Bio: Fangirl probably isn’t even the word to accurately describe me. I like to say that I am what my husband calls me, Passionate. When I like something, and feel strongly for it, whether its a book, my faith, my family or my friends, there’s pretty much nothing you can do to sway me from my “passion” for that particular thing. Some may call this obsessive. Maybe. But that’s why I decided to put my effort in something I’m passionate about to hopefully bring joy to others. I am passionate about Divergent. I think Veronica Roth has a brilliant mind and am so excited to share her stories with the fandom! I have wanted to start a Divergent blog since Divergent came out in April 2011 and it was one of the first books I downloaded on my nook! I have worked for various online entertainment blogs over the past few years including twilightish.com, justjmac.com and most recently I still review and do interviews for SandwichJohnFilms.com. To tell you a little about myself, I am forever 21 at heart but I do have a 10 year old daughter, so I guess I should admit I’m really 31. My high school sweetheart Chris and I will have been married 12 years this August. We have 3 wild and crazy but sweet daughters.  I’m a Nor Ca girl… Because well, it’s pretty and we have cleaner air… Originally from the bay area but currently residing in Sacramento. Woot Woot! State Capital Ya’all! Things I love in no particular order: Starbucks, K Stew, Reading, Movies, Disneyland, Traveling, Chocolate, Kellan Lutz, Pretty Little Liars, My BFF’s, Starbucks, Texting, Reading, Disneyland, Shopping, Paul Wesley, Hair, Makeup, Hashtags, SF Giants, The Vampire Diaries, Tattoos,TV, Autumn, Kristen Stewart, Little Women, My Air Purifier, Scarves, Ballet Flats, Anchors, Curling Irons, Caramel, boots, and lastly THEO JAMES. Let me establish this. Four- Tobias Eaton is absolutely positively my most favorite male literary character EVER. Period. One of the reasons I did not pursue a Divergent site sooner is because I was too scared to see who they would cast as my precious Tobias. Obviously since we now have trisandfour.com… You can see my feelings on the subject. I honestly don’t have a favorite faction. I think I have attributes of all of them. But I would probably pick Dauntless for the clothes… tattoos, piercings, and chucks honestly. I have too many things that made me fall in love with Four, but this is one of them:

Twitter: @missatiga
Position:Blogger
Bio: At 27 years old I find myself married for 3 years this October and mommy to a beautiful little girl who will turn 1 when the last book of the series, Allegiant, comes out. I also have 2 furry babies, Bruce and Buster, who don’t realize that they’re dachshunds. I live in the Eastern part of the San Francisco Bay Area. I work in pediatrics and I couldn’t love it more. Working with children is truly rewarding. I enjoy reading, music, my daily cup of coffee, the San Francisco Giants, and spending time with my family. I don’t often let my inner fan girl out, but when I was asked to be a part of trisandfour.com, I couldn’t help but say, “Yes!” While I think I would come up Divergent, I think I would have a strong Amity calling. I try to be a peacekeeper, but sometimes my inner Dauntless comes out a little too much. I love Tris. She is a complex girl who is continually growing and finding herself in a time where you are forced to conform. 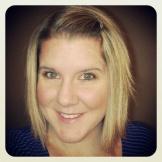 Twitter: @ferferlina
Position: Blogger
Bio: I’m 30 years old, I live in Bakersfield, CA and have been married for 5 years. I went from spinning flags with a marching band to slinging paperwork for a local healthcare company.  I’m a total fangirl at heart and get obsessed very easily.. it’s kinda an obsession.  I love reading, music and movies in that order.  If I had 2 wishes for the world it would be a sarcasm font and mandatory spelling/grammar classes.  I am a HUGE fan of shirtless hot guys, TV shows that get cancelled, nail polish and the SF Giants.  I might seem lazy because I would rather eat, sleep or read than anything else.  Divergent is one of my favorite books (see obsession!!)  My favorite character is Natalie Prior because of her love for her family.  If I had to choose a faction it would be those Amity hippies or Candor and I know for a FACT that I would be Divergent!!

Twitter: @xginnyx
Position: Blogger
Bio:I’m a 22 year old MA student at the University of Delhi. I’ve been running fan sites since 2006 and it has become so much more than just a hobby. Some of my major obsessions are Harry Potter, Shadow hunters Chronicles, Lord of the Rings, Game of Thrones, The Vampire Diaries, Pretty Little Liars and Gossip Girl. Basically, I keep up with pop-culture like it’s a matter of life and death. I love reading, writing, cats and laughing. Also, I keep up with English Football (no, I’m not calling it soccer!). I’m a keen observer of world politics, and spend a lot of time on Twitter. Come say hi!

Favorite Divergent Quote: “Maybe there’s more we all could have done, but we just have to let the guilt remind us to do better next time.”

Favorite Divergent Character: Tobias Eaton. I’m sorry if that’s cliched, but he is just such an impressive character that he’s all I can think of while I read the Divergent books. He’s my all time favorite YA characters along with Peeta Mellark and Alex Sheathes.

Twitter: @MuchMoreMacho
Position: Blogger
Bio: My life revolves around Harry Potter, The Hunger Games, Divergent, Delirium, The Mortal Instruments, Broadway, Disney, reading, writing, and teaching. I am active in the fandoms for all of those book series, and am currently trying to write a trilogy of my own. I am the Head Gamemaker for Victory Tour 2013, co-host of Shadowhunters’ SteleCast, and writer at Down With The Capitol and Delirium Fandom. I just graduated with my Masters in teaching at 23, and am trying to discover exactly where I will be next year.

Twitter:  @MandysMind                                            Position: Blogger/Correspondent                                     Bio: I am a grown woman living like a teenaged fangirl as often as possible. I am a mom and a wife and a teacher and I use those excuses to cover for my obsession with YA novels. I live in Vancouver, B.C., Canada and travel frequently for my fandoms. I runwww.mandysmind.com and guest blog for various reality tv show, YA novels and television/movie sites. I am a huge fan of Divergent, obviously, but also Twilight, Hunger Games, Matched, Harry Potter, A Wrinkle in Time, pretty much everything along those lines. I also love True Blood, Game of Thrones, Boardwalk Empire, Revenge, Vampire Diaries, OUAT, Walking Dead, I could go on, and on… and on… I am also a reality tv junkie and avid writer. I am thrilled to be a part of the Divergent ‘trisandfour.com‘ team.

Twitter: @jeamiemarie & @HgGirlOnFire                                 Position: Blogger/Correspondent                                         Bio: I’ve been blogging for the past 3 years for HGGirlOnFire.com and joined their team for my love of The Hunger Games novels. The Hunger Games has changed my life, and it means so much to me. It has been a social media whirlwind since then I am so grateful for being apart of such an amazing experience! I’ve been interviewed by MTV news, attended the HG World premiere, and so much more that still seems surreal. Here I am joining the Tris and Four team for the Divergent fandom and I cant wait to see what other adventures await, Divergent struck me the moment I read it, and now that the film is in production I may just hyperventilate at the sight of Four, can I get an amen?! I am a Tribute and a Dauntless, in love with Peeta Mellark, Four, and Jon Snow from Game Of Thrones all at the same time. I am an ultimate fangirl and Star Wars Fan. I work in Digital Fan Engagement , and Nerd Girls/Fan Girls rule the world.

Position: I/T aka our computer Nerd
Bio: Self proclaimed glam-nerd and here to help these ladies keep TrisAndFour.com looking pretty! I have recently celebrated the 10th anniversary of my 21st birthday, am studying Accounting and should graduate sometime before my 80th birthday, and am a single mom to my 8 year old cheerleader and almost 6 year skateboarder. I run my daily life at approximately 192 mph on no caffeine in the hot and sunny state of Arizona. If I were to hashtag myself…. #needmoretattoos #naturalblondie #cookingmama #everythinghasbeauty #iamaprincess #aintnobodygottimeforthat

1 thought on “Meet The Staff”