Oh how we love you Miles Teller!

Miles tweeted this picture of him next to the Summit/Lionsgate booth at Comic Con last week. I love all the people in line for swag that have NO clue they are standing next to Peter! Thank You Miles for keeping us smiling! 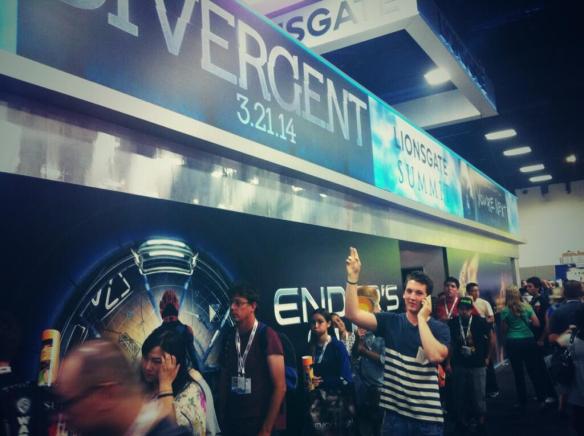 “With The Hunger Games and Twilight franchises, our Lionsgate and Summit partners have proven to be a powerful force in adapting novels for the global theatrical marketplace,” said Greg Foster, CEO of Imax Entertainment and senior executive vp of Imax in a statement Thursday.

The Imax run was greenlit by Lionsgate Motion Picture Group co-chairs Rob Friedman and Patrick Wachsberger, who in their own statement also lauded the earlier collaboration with Imax onThe Hunger Games and Twilight Saga franchises.

How incredibly cool is this?! If you’ve seen movies in IMAX, you know the experience is great. A movie like Divergent, with all the Dauntless compound scenes, the trains and such would be amazing in IMAX.

This is a fan-site by the fans and for the fans. Our goal is to share the newest/latest Divergent book/movie updates. It is not affiliated with the books, upcoming movie, Veronica Roth, etc., in any way. No money or gifts have been (or will) be taken in order to run this site. It is purely for fan dedication. And dedicated fans we are!
Loading Comments...